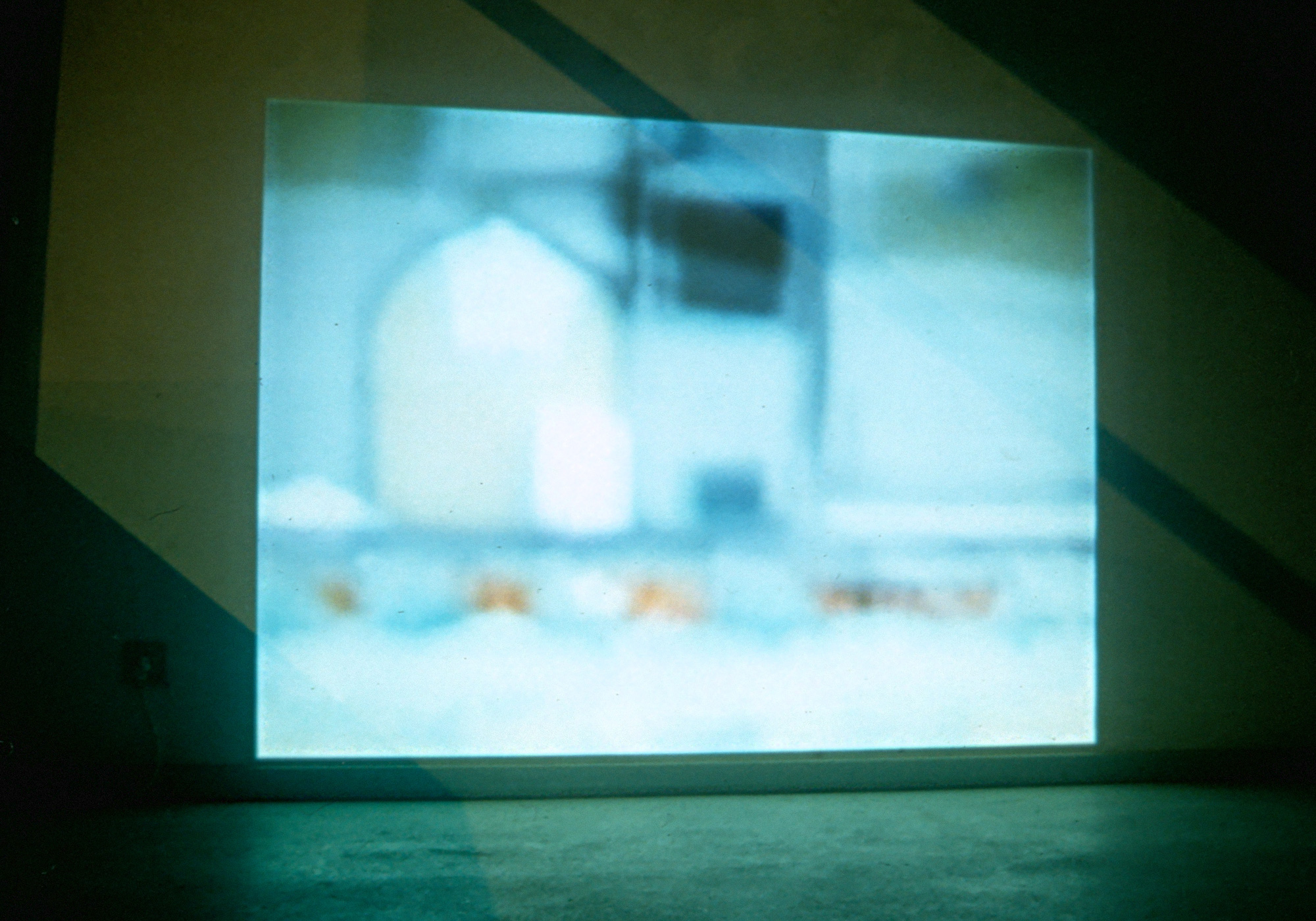 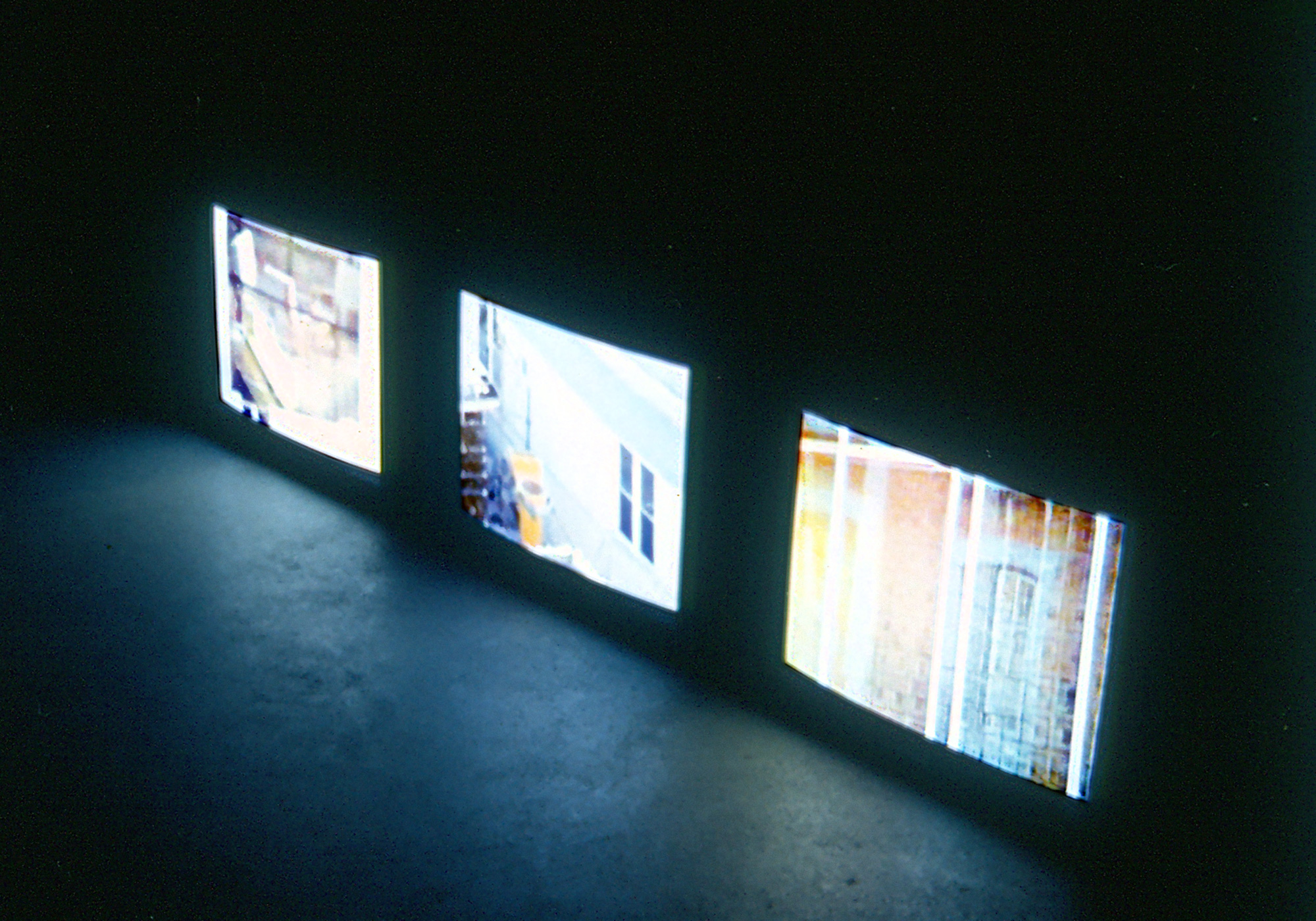 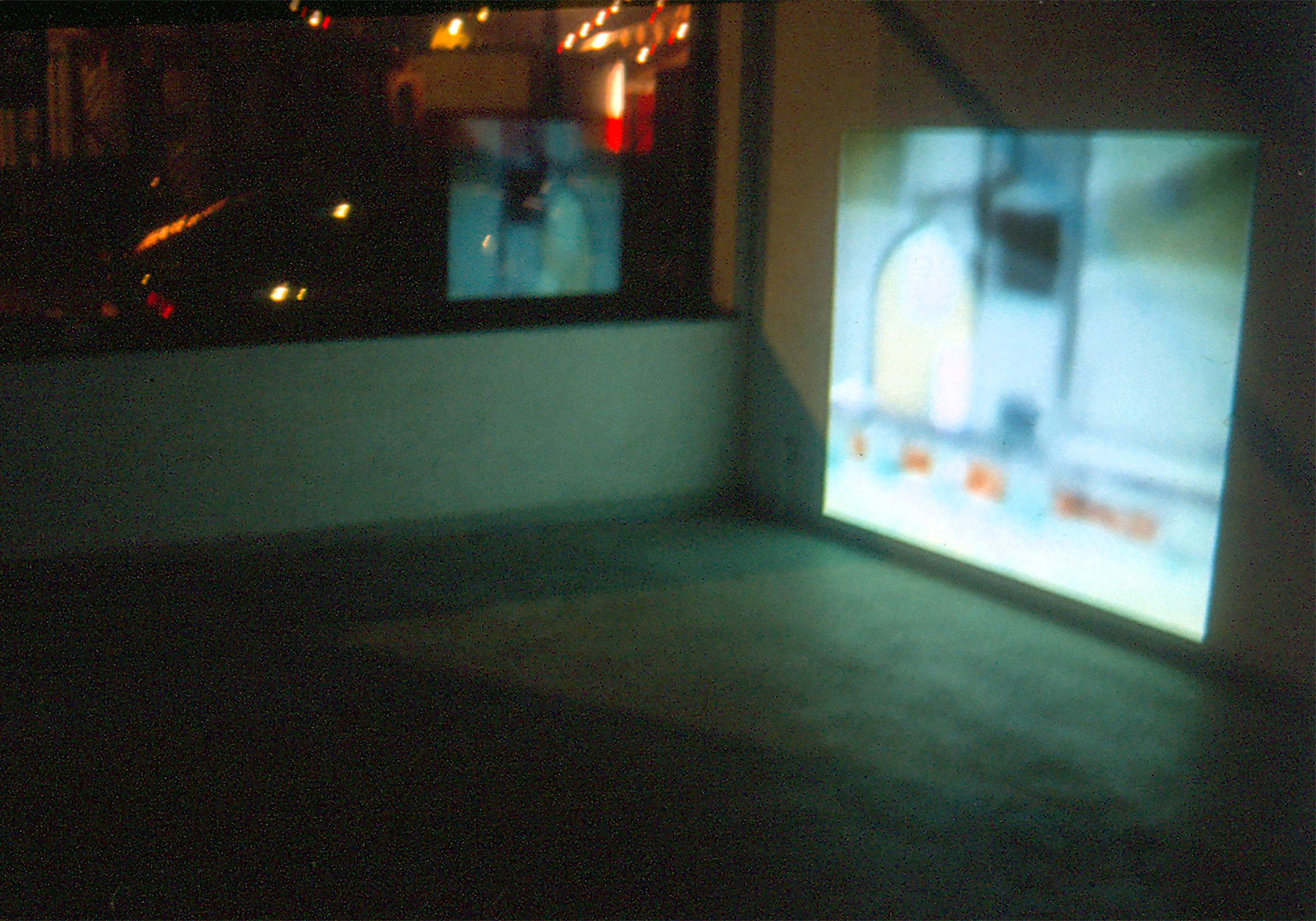 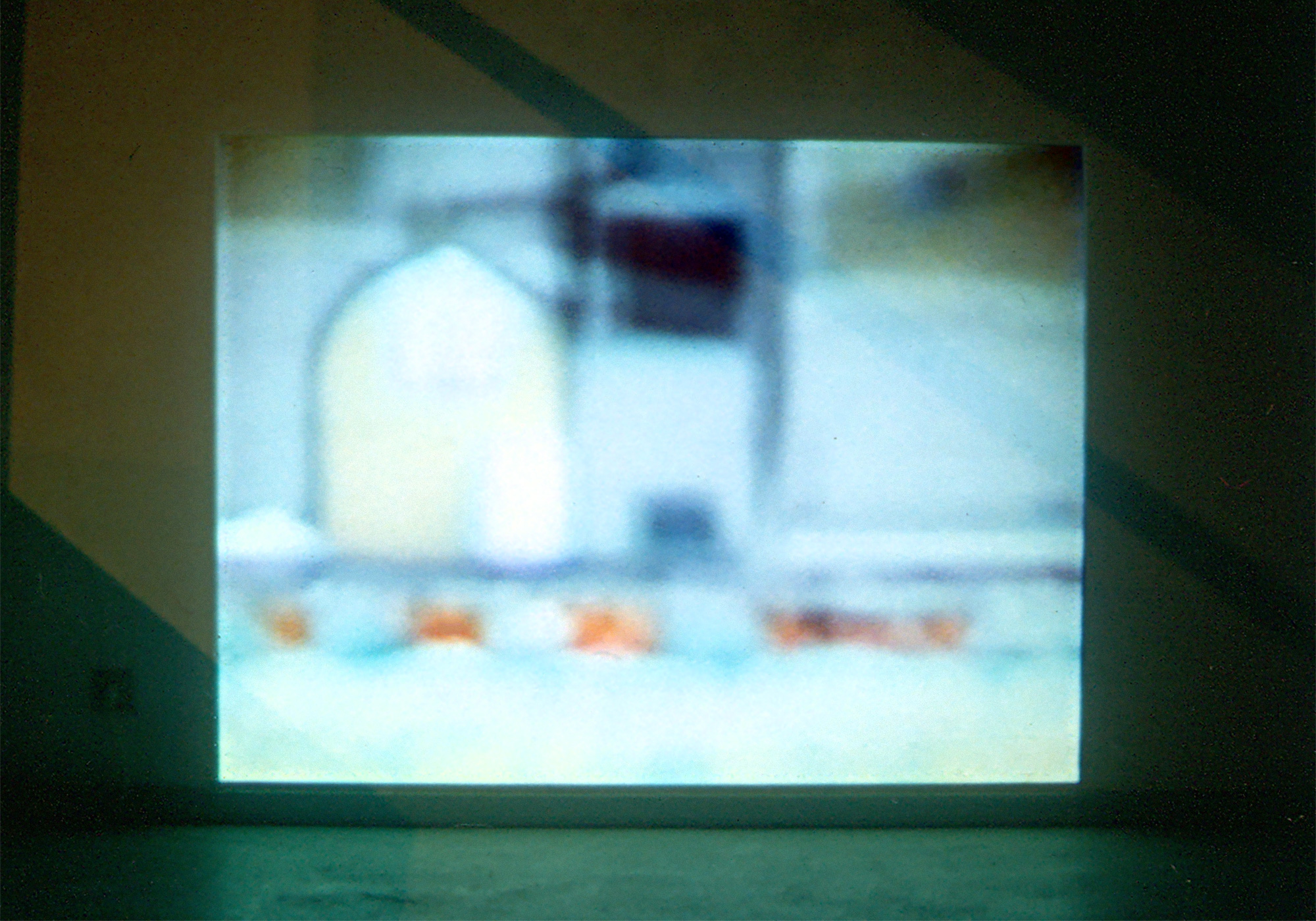 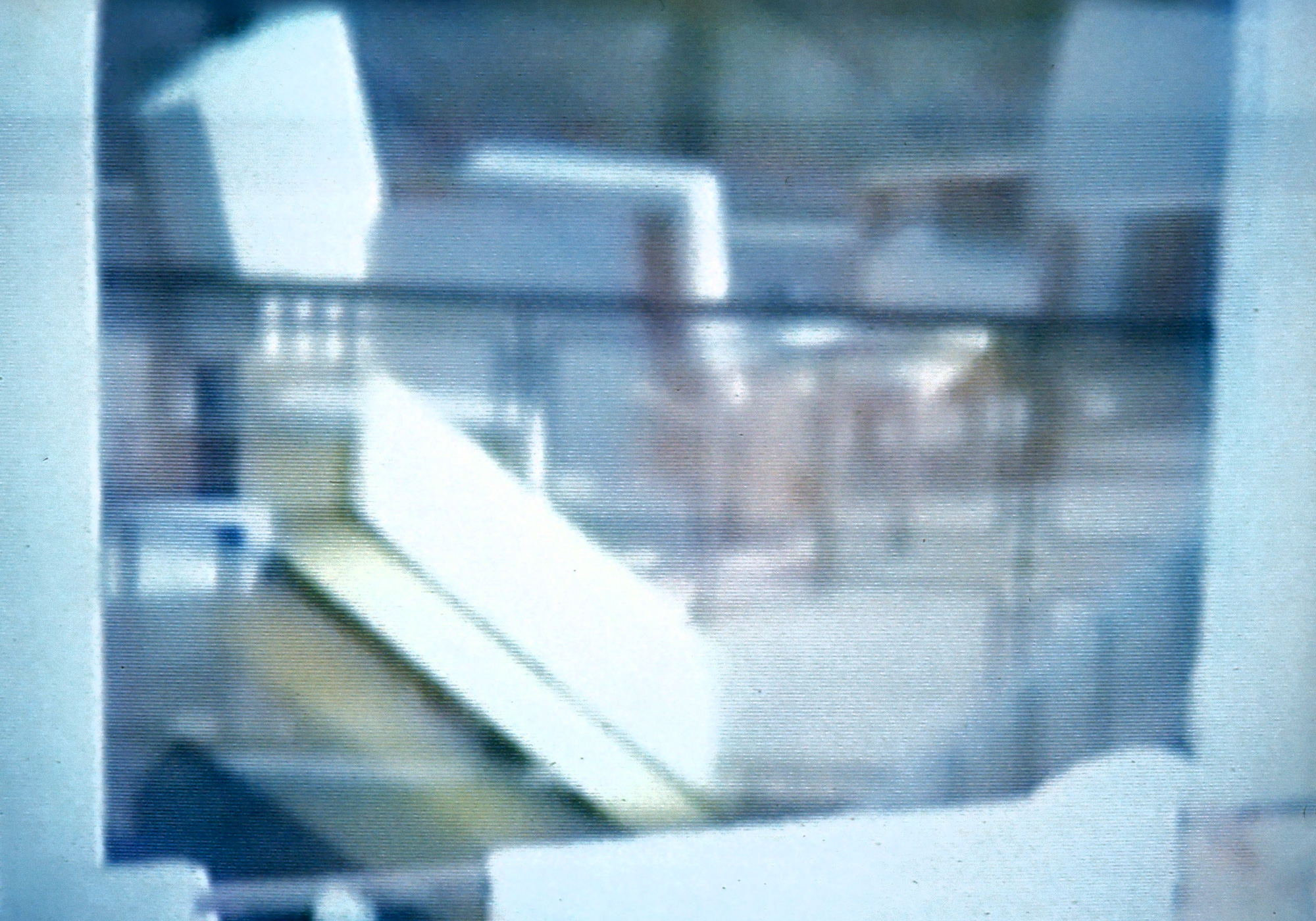 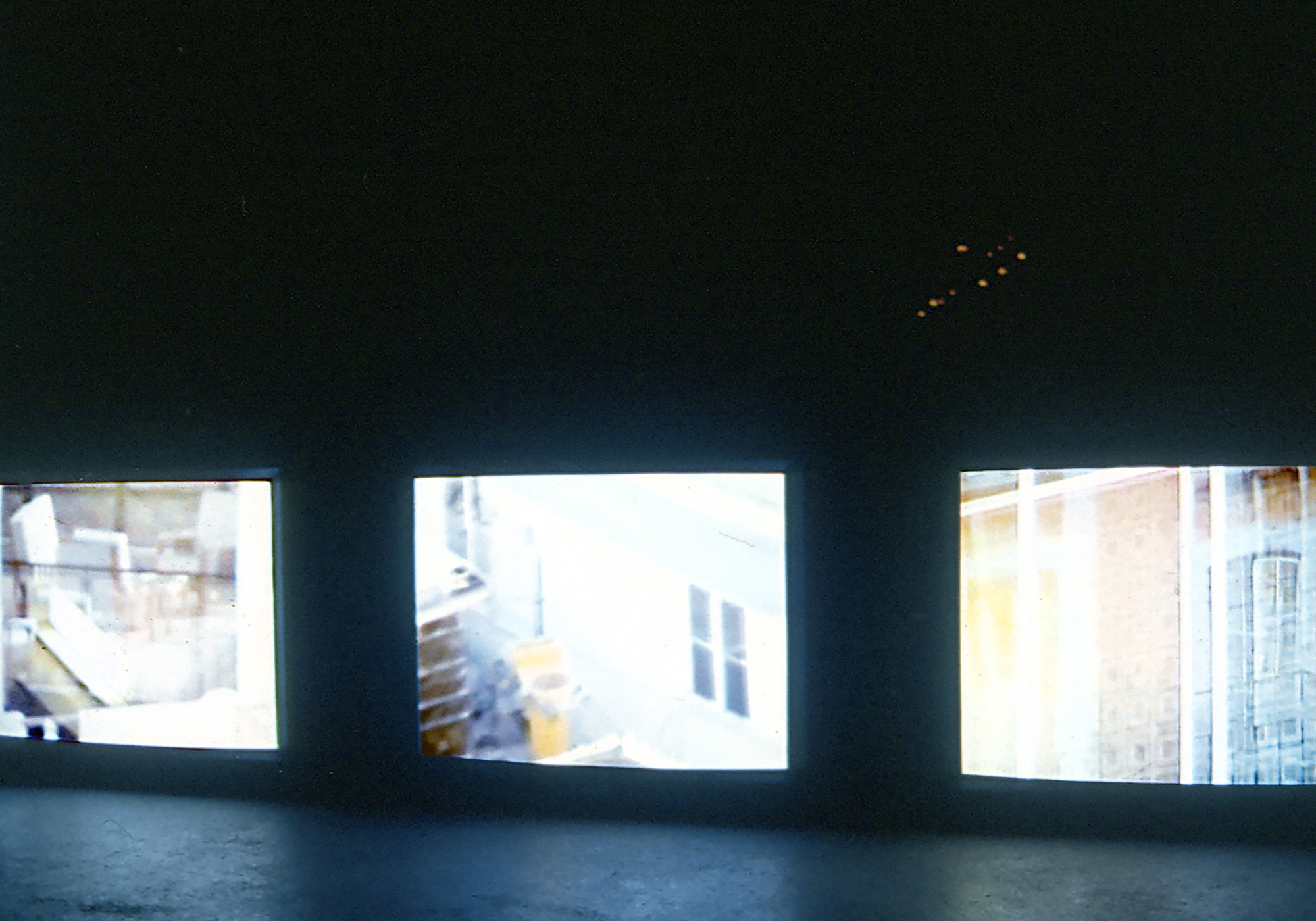 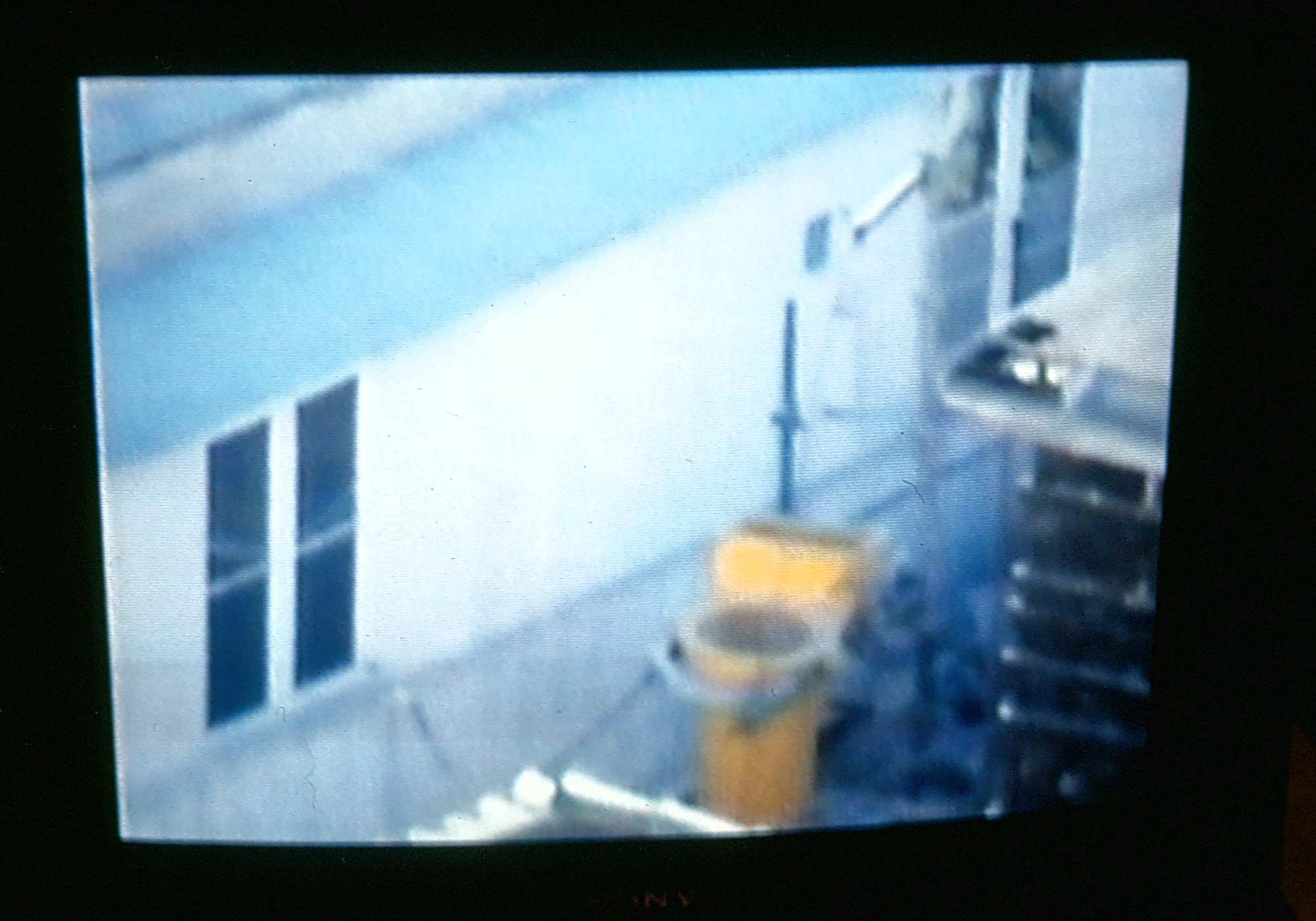 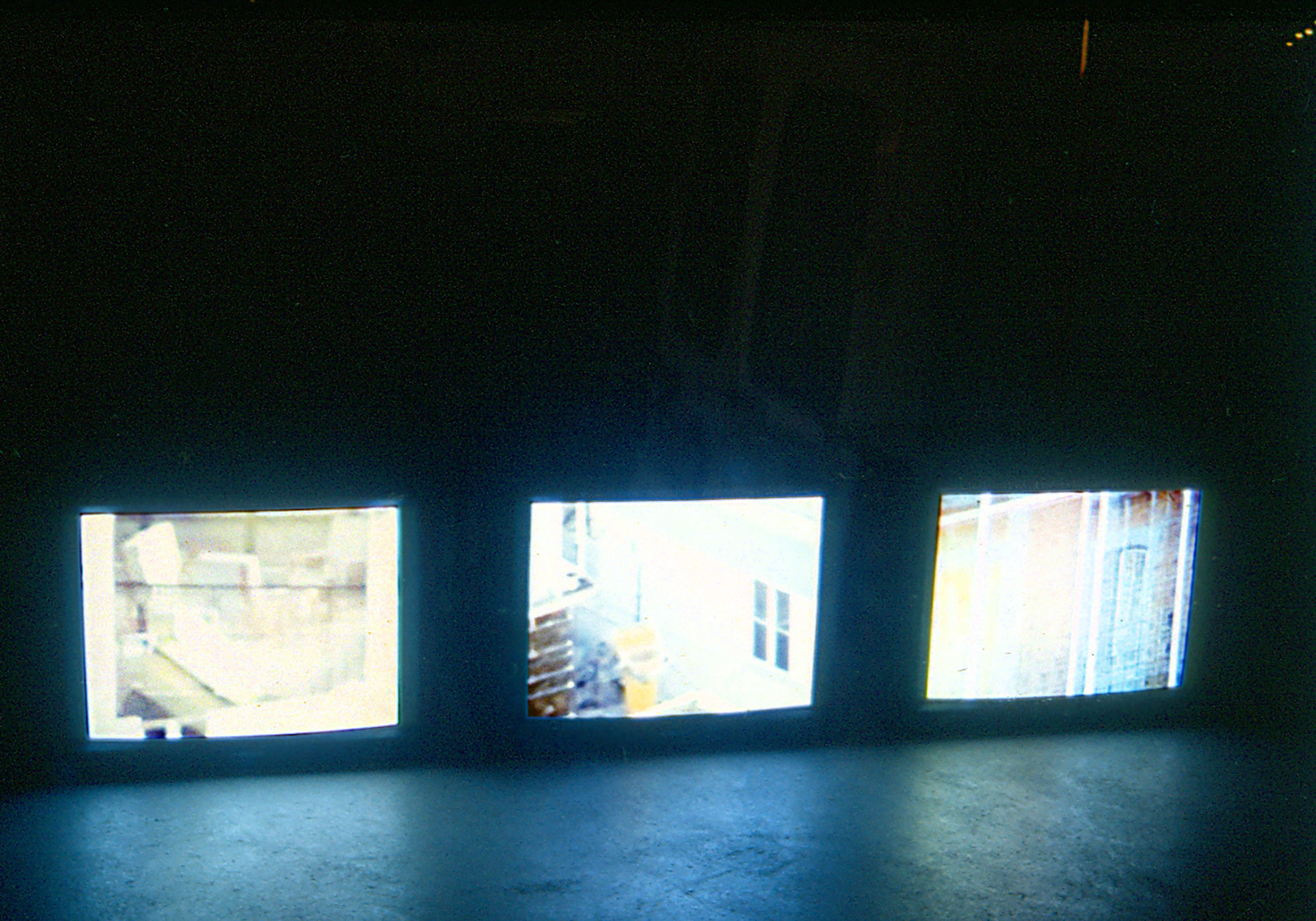 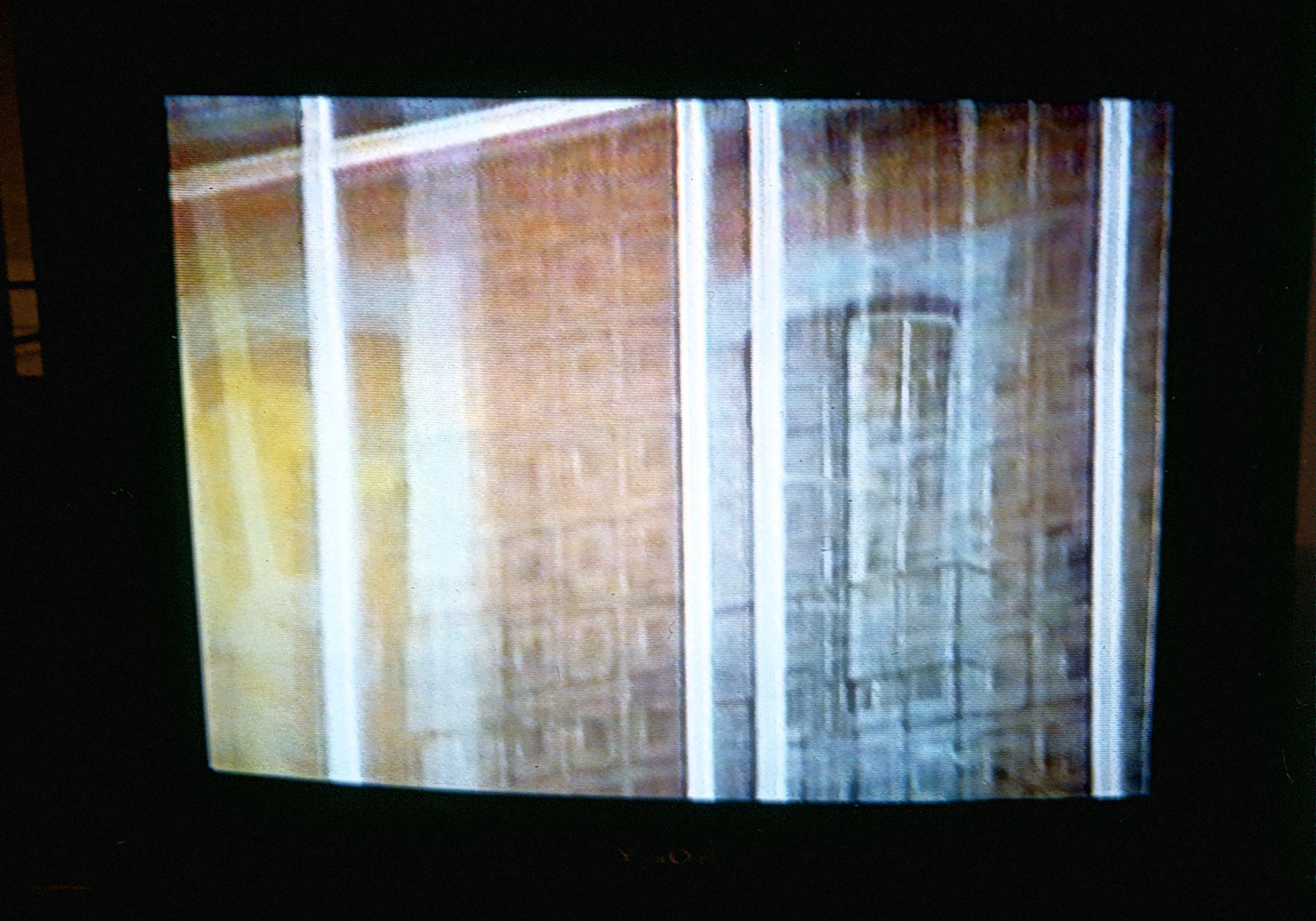 “Interval,” is an exhibition shown in Marc Schepers’ Ruimte Morguen in Antwerp, Belgium. It was made out of a series of video loops based on the idea of stretching time. Three silent video loops were presented on monitors standing on the floor which suggested a certain materiality or spaciousness of time. A fourth one was presented as a projection on the wall in an adjacent room. The sound track on this video suggested the echoing of time.

Marc and I discussed Gilles Deleuze’s and Henri Bergson’s understanding of time and Pieter De Buysser wrote “Celebrating Time” upon seeing these videos.

About the videographic work of Ben Dierckx.

That’s what happens in a videomonade of Ben Dierckx which seems paradigmatic for most of his work. From an everyday or fictional scene he will choose an object and get its expected parameters bursting. By means of slight spatial changes, like the resetting of a frame, a change of focus or the recontextualising of something familiar, their ability to move one’s way of perceiving time is achieved.

In the way the green of the trousers is overwhelming and pushing its limit, our sense of duration is put to the test. Our idea of “duration” is being stretched. The experience of duration is created during a seemingly timeless moment flushed over our heads.

It’s like your attention being stuck during a walk, entirely devoted and totally focused on a merciless, terribly beautiful detail on your shoe. An elegant fall that has you spread out on the floor, a fall that has you reaching further than your body can reach. The videoimages with their very own feeling for detail set the experience of duration free. That is, I think, what fascinates me in this work, the focus on the invisible, sothat the most inaccessibly common, lights up in the experience of a single moment. To free time, is to set time free, to set time free, is to celebrate time and to celebrate time has in this case become as much a subtle as abundant feast.

“Duration” and “surface”, seem to become the two keywords for this work in full evolution. The two are tightly interwoven. The details that demand attention are in most cases little remarkables in the matter, the texture and the tissue of an object. Surface and relief, where the even, after the grainy, becomes rough, and that within a piece of plastic or the dancing leg of a performer. Those are the utterly useless and silly details in the videomonades of Ben Dierckx that acquire the character of an event. An event is a happening wherein a break is placed among the unremarked flow of things. An event is the entry of real lived time in the undifferentiated pulp of time. The images of Dierckx are tiny sprinkles, strong tasty chunks, colourful uneven sparkles in the clamm, eager for replays and ongoing pulp of time. The divergences in the surface, registered with no mercy and a naãve obsession, offer a valuable experience of duration.

The images stay at the surface. They stay on it and don’t look to go deeper. At the same time they do go deep, like furrows run deep in skin. Wrinkles, those irregularities on a surface, indicate just like the images, the length of time. Keeping the images at the surface so explicitly avoids shallowness and creates ground, loads of it. The work likes to flirt with the appearance of the superficial, maybe because the experience of time and duration are extraordinarily intense. I have the feeling that in these pieces the depth of surface has been treated and understood. “Le plus profond, c’est la peau” wrote ValÇry, and this work is soaked in the understanding that it’s the surface, and especially the surface which is a human’s skin, that lets time, with all it’s looks, be celebrated .