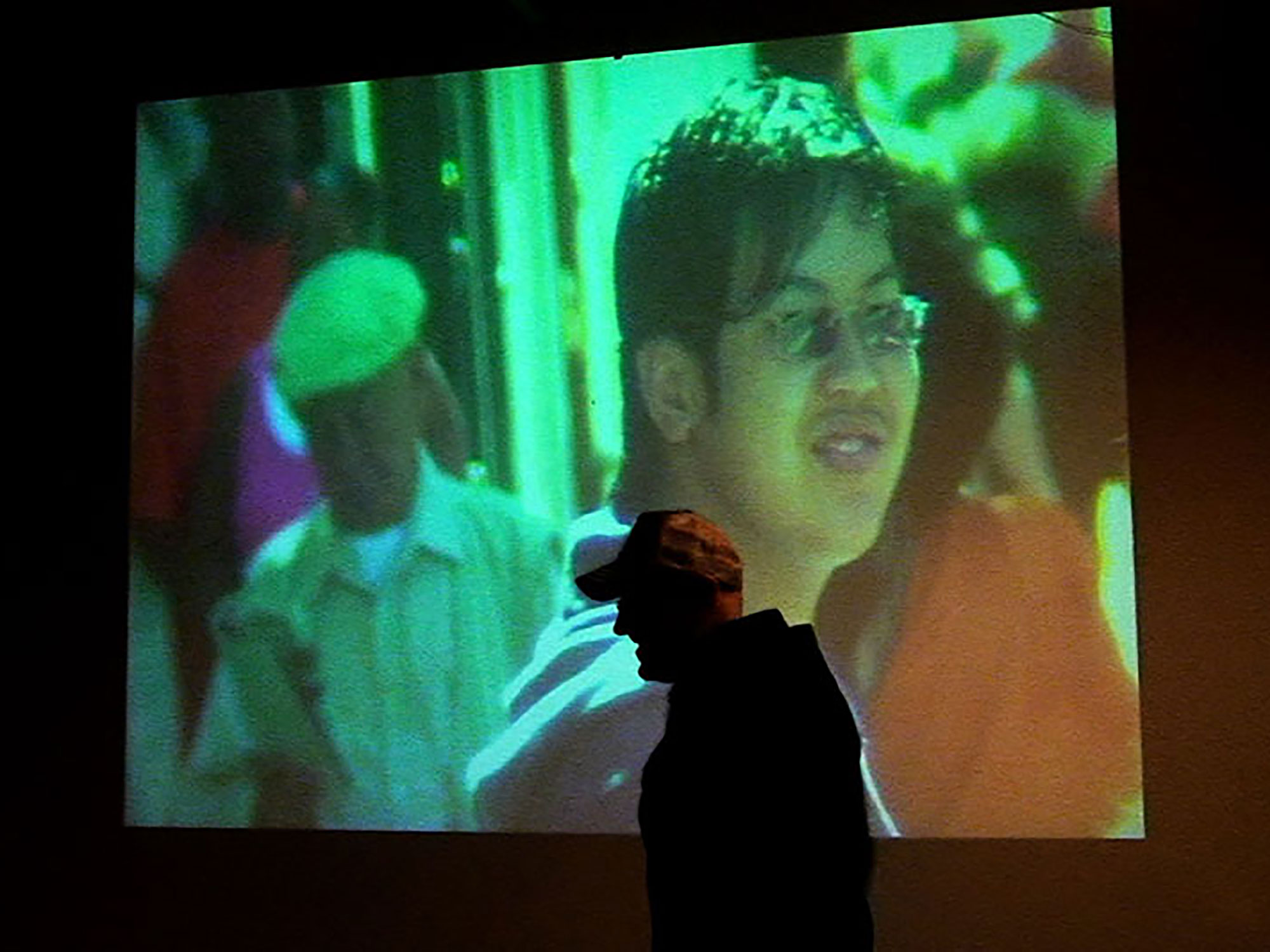 For this exhibition the organizers of the Biennale of Sydney chose two works: one of the series “Tenderloin: To and Fro” from 2007 and one of the series “Black and White” from 2005.
The work from the Tenderloin series is an interactive video installation where the spectator can influence the direction in which the person portrayed is looking.
The other work, Juntos, from the series Black and White is a sound interactive video installation in which the spectator can determine the flow of the video with his voice, or any noise he or she makes.
“Revolutions, forms that Turn” was led by Carolyn Christov-Bakargiev and included about 200 artists.