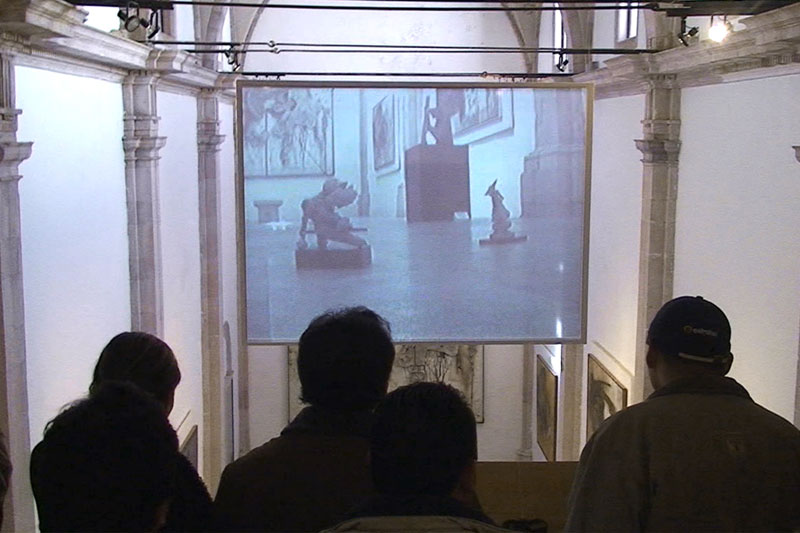 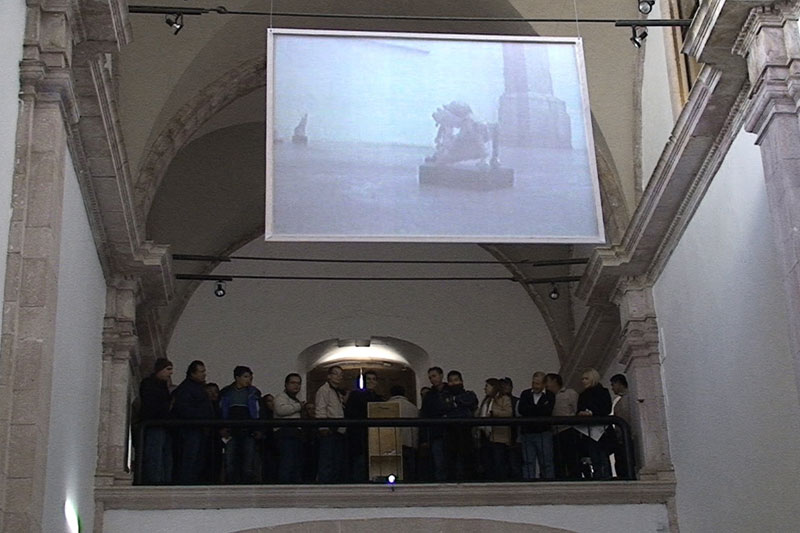 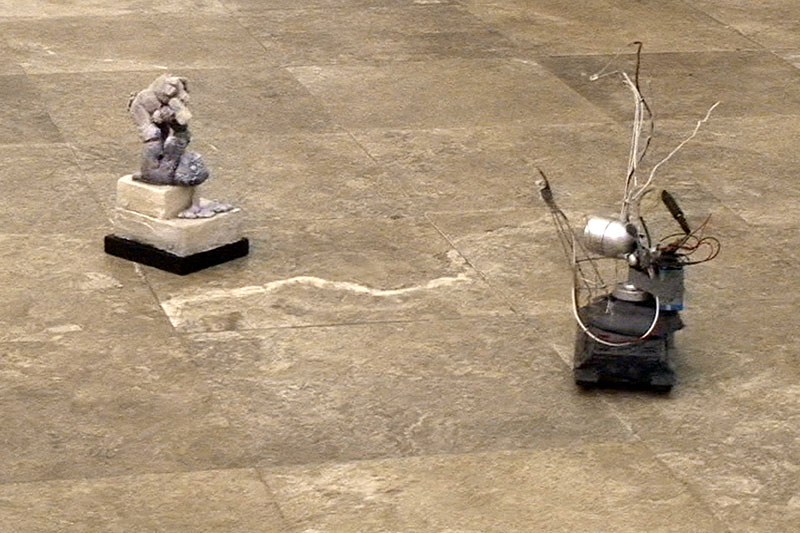 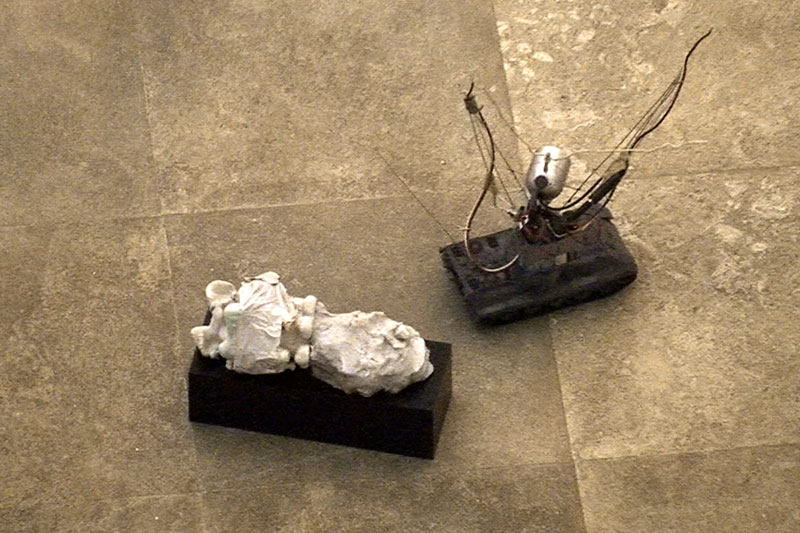 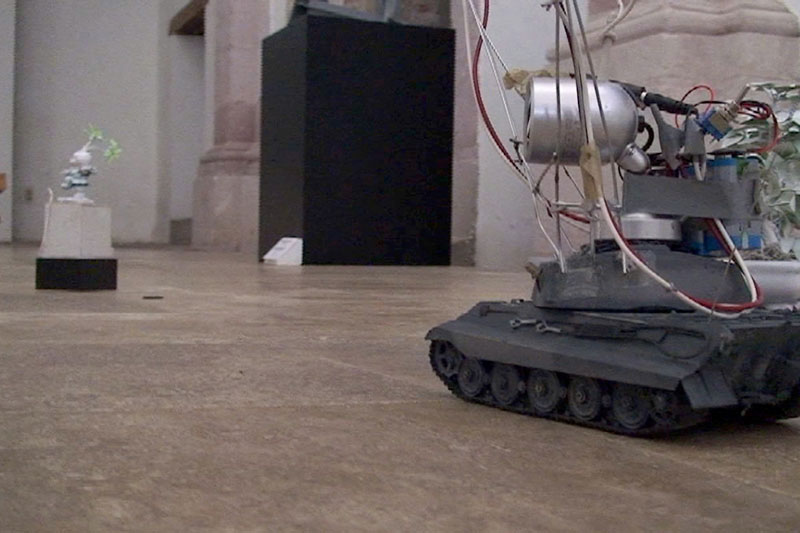 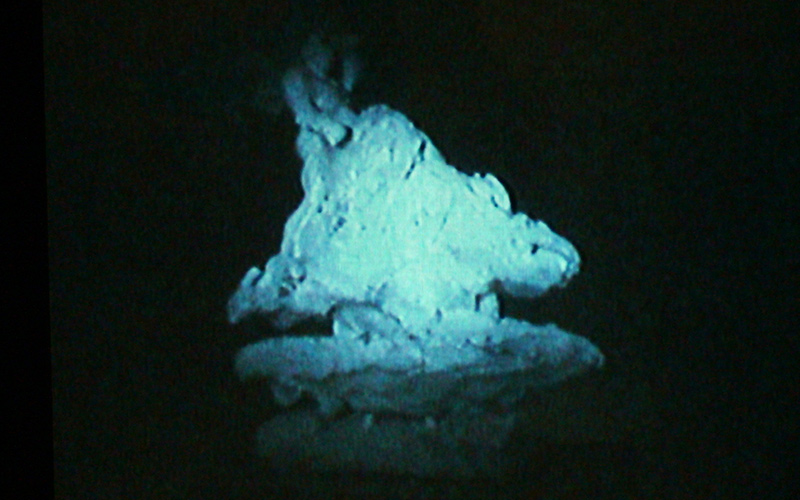 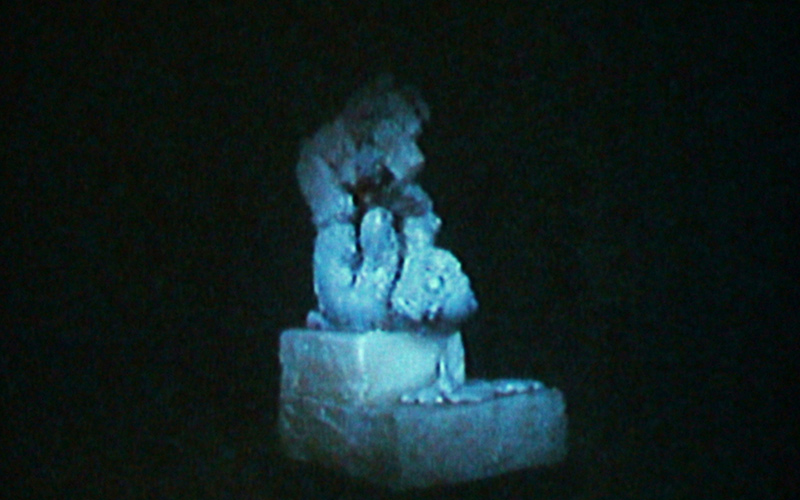 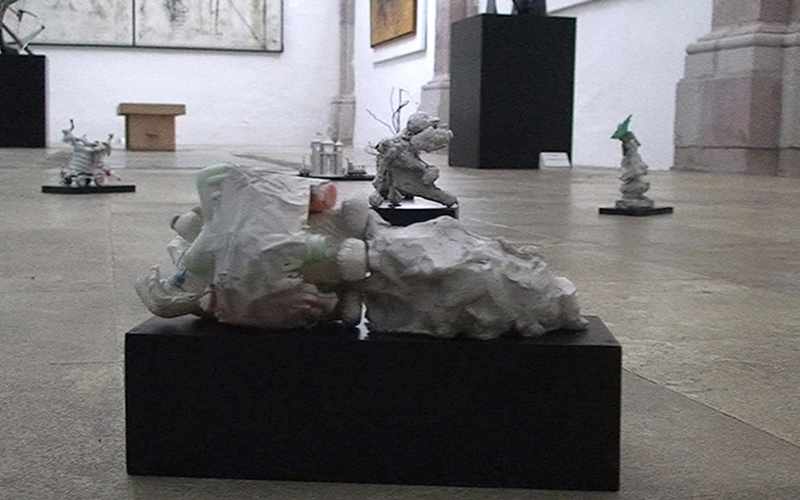 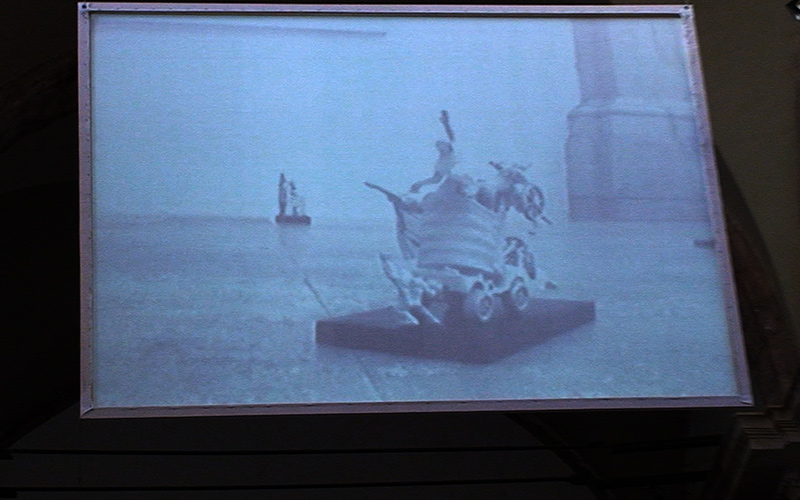 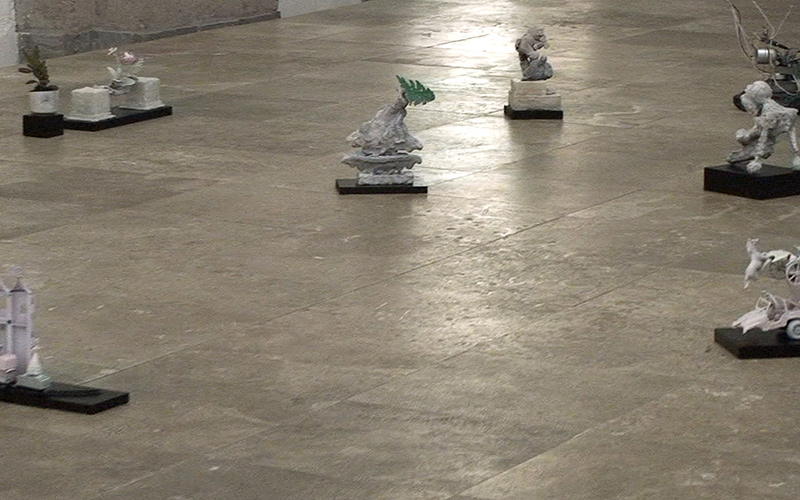 Ben Dierckx
The perception of art through a screen

On Friday, January 8 2008, the second exhibition organized by Muno was held under the title of Sondies Sculpture Garden.
The event consisted of two creations by Belgian artist Ben Dierckx, Sculpture Garden and Sondies, the latter term being the pseudonym used by the author to describe his work as dj and vj in the animation of private parties through a selection of music and images full of joy, dance, color and fun. Sondies’ organization was very successful due to the setting of the place and the dim lighting of scattered night stars.
The concept of Muno, which is now familiar to us because of its recurrence to white and cubic shapes, was immersed in all the furniture. Comfortable vinyl stools, tables and screens were distributed under the buttresses of the Manuel Felguérez Museum of Abstract Art among planters and quarry racks. Exquisite roasted salmon, Belgian malt drink and excellent service starred in the night and filled with life the forgotten passage to the apartment of Master Felguérez.
While a new day began with people around pleasant heat radiators, what happened to Sculpture Garden? The public was experiencing it under that festive spell and with laughter and patience they waited for turns to visit it through a remote control. The garden was about four meters down, in the room of the former chapel, and rounds could only be made by a small vehicle where the only light that made small figures visible on a screen.
There was something very different going on here; the exhibition was introspective and of a philosophical nature. How to unlink such perception of the party? Without a doubt, that night the experience of  the Sculpture Garden and the Sondies live performance was unique and unrepeatable. Each of the visitors walked away from the museum with the issuance of their comments, no one remained indifferent.
How will the experience of any person be from the next day? This time with daylight, no sound, no company, no probes.
The garden is made up of fourteen figures of different sizes but none exceeds thirty centimeters in height, they were made as assemblies of different plastic objects of Chinese manufacture, mostly toys, and subsequently covered with snowy wax. In this project the author prefers them as sketches since they are more expressive for a camera.
The manufacture of sculptures is not paramount because Sculpture Garden is, above all, an experience. The figures serve only as a way to access a sensory and visual experience at the same time, because the objects exist in themselves but also in the projection. The artist’s work is an occasion to feel, perceive and reflect these different ways by which we meet the world and, consequently, with art. It is a criticism of the perception of the environment through a screen, whether television or computer.
For the artist, the first idea of ​​his projects is based on philosophy and his favorite authors are Leibniz, Bergson and Deleuze. However, it is also inevitable, a condition for recurring petty actions transmitted in the news; Thus, some of his works are based on criticism about the sinister side of human culture.
Ben Dierckx is a multidisciplinary artist of Belgian origin with a fifteen-year career in sculpture, photography and video. This is the first time he visits Mexico and presents a sample of his work in Zacatecas.