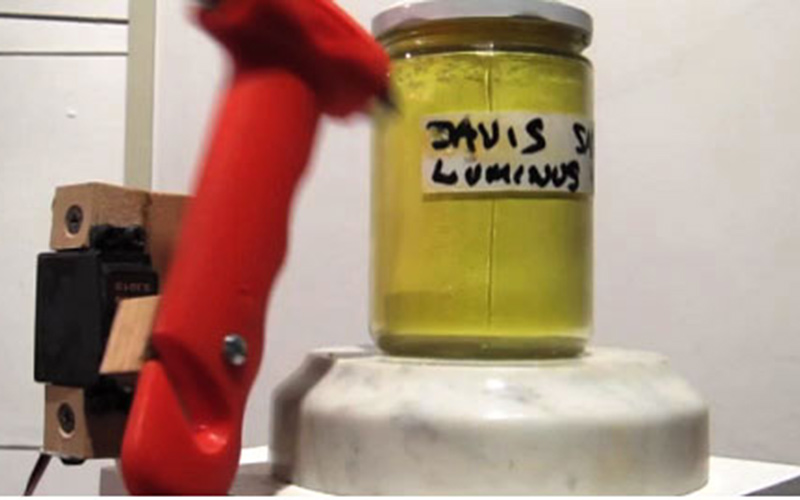 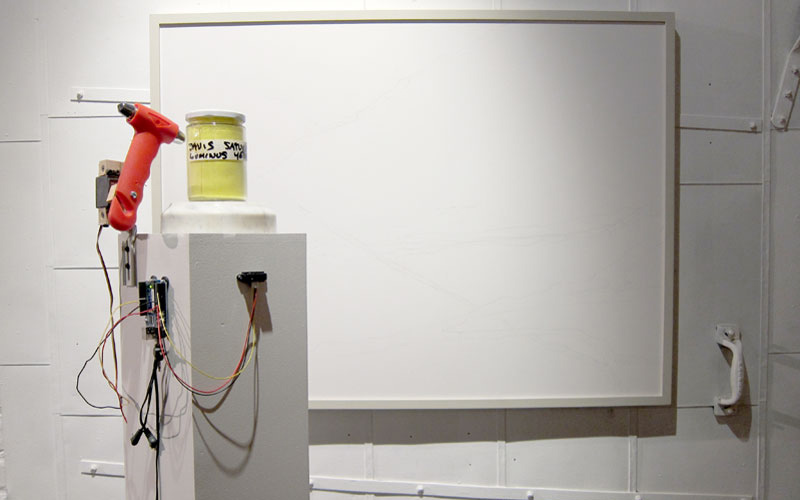 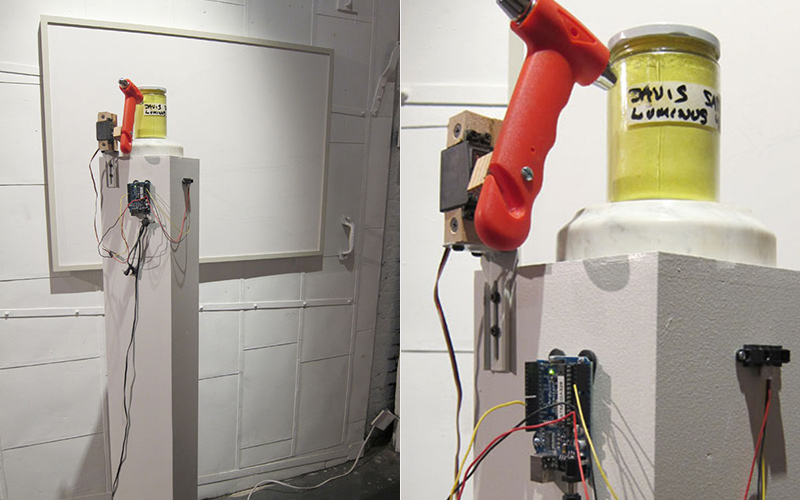 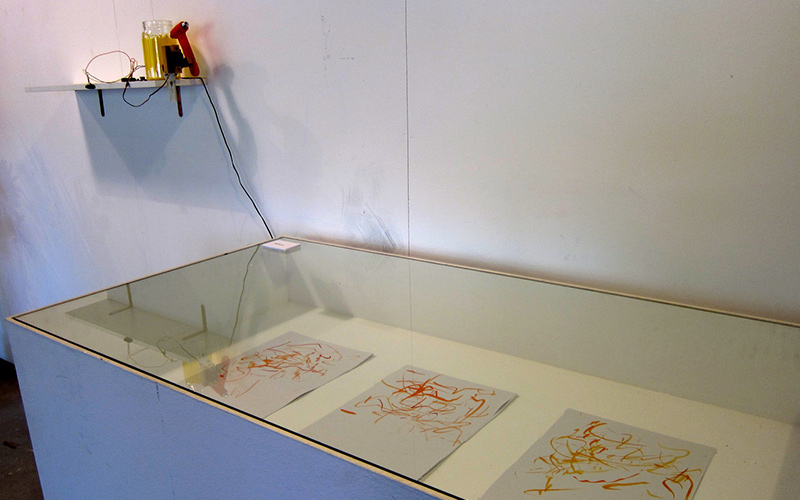 approaches the idea of destruction in its form of resistance.

Resistance can be seen in the destruction of possibility or

germination, when it comes to to allowing something to happen or

evolve.  Dierckx has juxtaposed a marble base, very bright yellow

pigment, and an empty frame: the basic components of an art piece

before the act of creation.  The tension created visually between the

components expresses the resistance to origination, resulting in “The

The color that will never get to the canvas: Canvas, jarred pigment,